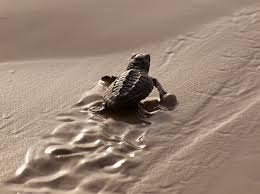 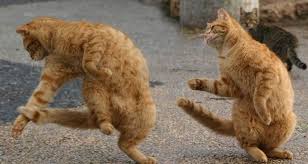 A few months ago, i wrote a post about movement .

Its theme was how we experience movement through time, and i said i would write a further post on the subject. Here it is…

As i noted in the earlier piece, i got to thinking about movement when i became able to return to it after a period of stagnancy and lack of control.
Movement, to put it simply, feels good.

When i think of enjoying movement, i think first of bodily motion. The visceral elation of being on a swing as a child and going as high as i could. Or the excitement of driving a fast car or being on a roller coaster. Thrilling physical motion feels as though we can almost be taken out of time for a moment.

A second notion of movement (which i focused on in the earlier post) makes me think of time passing, and why there’s a sense of satisfaction in noting our relationship to it.
We like checking things off to-do lists and finding shortcuts that help us move through tasks more efficiently.
When we don’t sense progress we say we are spinning our wheels or treading water — not very positive images.

A third aspect of movement has to do with our emotional experiences.
I acknowledge a subtle shift in meaning between these usages, but i think there’s a relevance between time passing and being moved in our sentiments.

We say we are moved by a piece of art, or we find someone’s words moving.
Motivational speakers and advertisers aim to move us to make a change or make a purchase.
(The word ‘motive’ derives from the same root as ‘to move’.)
Inspirational writers wish to move us to embrace an idea or take an action.

We connect with great literature because it moves us to contemplate and gain understanding about humanity and ourselves. The more deeply we identify with the characters and ideas, the more emotionally moved we are.

An insightful way to describe someone is to point out what moves them.

Music ties together two of these meanings — movement through time and the effect on our feelings.
(The word ‘motif’ in music or literature also traces its etymology to movement.)
Anyone conversant with classical music may already have noted that sections of music are themselves called ‘movements’.

Just as experiencing motion and emotion in music is satisfying, so is experiencing momentum toward achieving goals.
In contrast, inertia often suggests something must be wrong.

When we are grieving the passing of a loved one, or the demise of a relationship, it feels as though forward motion stops while we begin to cope.
Conversely, healing is signified not only by life’s momentum returning to some normalcy, but also by no longer being as quickly moved to tears when that person comes to mind.

When my sons were little, i relished each birthday as a marker of their movement toward maturity, at the same time being moved to a tinge of melancholy, witnessing their childhood delights becoming part of the past.
Even now, both of them well into adulthood, this still strikes me as the epitome of how the passage of time itself moves me emotionally.

Many might readily suggest this is attributable to our underlying and uniquely human awareness of our own ultimate physical end.
That awareness can bring a clarity of purpose to how we decide to spend what time we have.

Meanwhile, our sense of being pleased by movement may explain why it can be difficult to simply pause, to deliberately choose restorative stillness from time to time.

So as we are moved to both delight in and lament life’s curiosities, here’s to finding harmony too between motion and stillness.

7 thoughts on “Life in motion…”