Religious fervor has been in the news in a big way this week. Regardless of where you fall on the spectrum of the god question, you could hardly avoid the news of the pope’s visit to the U.S., its significance and massive response much covered and commented on.

I did not follow the events of his visit closely, but i did hear that in reference to victims of child abuse, he asserted, “God weeps.”

That statement started me weeping.

I have some personal familiarity with the issue. I was a very strong believer at the time (i was not the victim directly), and the events i’m referring to did not drive me away from belief. Rather, i was comforted and inspired by the idea of a god who suffers with us.

Believing in a god who could have intervened, but who chose not to prevent the infliction of this particular harm, necessitated also believing that at the very least, the atrocity somehow hurt him too. I granted that the Why question belonged to the shadowlands where mysteries remain beyond us for now.

Along the way in the many years since, i have become less able to find the notion of god’s weeping either comforting or persuasive. It has, of course, never been merely an academic exercise. I suspect it never is for anyone who has known the indefinite suffering of deep violation.

As i have written about elsewhere, my very gradual development toward non-belief has not been driven primarily by personally painful experiences, though they inescapably play a crucial role in the narrative. As regards the pope’s statement, though, I am much more ready to accept my own troubles than those dealt to a child from a predator’s hands.

While in these contemplations today, i happened on an article that touched tangentially on questions of god and suffering. In it, writer Darin Strauss, who considers himself a skeptic, queries believer Erik Kolbell, Minister of Social Justice at Riverside Church in New York City. Here is part of Kolbell’s response with regard to suffering:

“I do believe that we can effect both good and ill on earth, and, as pertains to the question of inexplicable and arbitrary suffering, while we cannot explain it (to do so is to demean it), we can redeem it.”

There is profound resonance for me in his point about demeaning another’s suffering by attempting to explain it. It cannot be explained. But what we can do is remain mindful of our own capabilities for good or ill, in big and small ways — after all, there are no small ways.

I see ‘redeeming’ as being ready to seize every opportunity to prevent suffering, to otherwise mitigate it by offering comfort, and finally to realize our deep human connection to each other in the face of it.

Now that i can be inspired by.

“One grows accustomed to being praised, blamed or advised, but it is unusual to be understood.”

A motivating quote for my fellow writers…

“When you’re writing, you’re conjuring. It’s a ritual, and you need to be brave and respectful and sometimes get out of the way of whatever it is that you’re inviting into the room.” 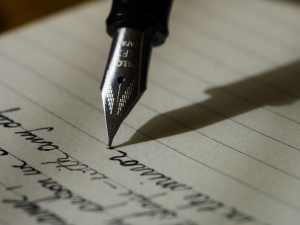 Sometimes allegory can express what prose cannot. Here is a new piece, a very short one. I hope it touches you. 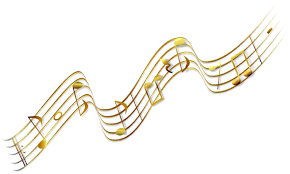 The day having strewn her winding path with varied turns and twists, Poetta found herself near sunset out on a lush, happy, grassy field — at peace yet not in stillness.

Her deep contentment was born not of quietness, but of melodies and motion and voices.

Among a throng of musicians and revelers, her thoughts were lively as well. Hearing someone speak of happiness, she cried out, “That voice! I recognize that voice…”

And she realized it was her own.

Poetta had lived many, many years, yet she was still a girl. A girl with a voice. A girl who thought often about sunsets.

Upon arriving at this grassy field she met a dear friend who thrilled to see that in spite of the stumbles on the shadowy road just behind her, she was still able to dance.

She told him, “There are many ways our stories get told. I dance with a limp – that is one of mine.”

Seeing his concern over the streaming tears accompanying her joyous smile, she addressed the question he had not verbally posed.

To his quizzical countenance she replied, “When music makes me this happy, it hurts.”

And though she knew this made perfect sense to him, she continued:

“That’s what music does. It shows me my most all-encompassing joy and my profoundest sorrow at the same time. It puts them right there in front of my face — at the front of my heart! — where i cannot *not* feel them, and i cannot be still. And it makes them indistuinguishable from each other.”

Her friend replied wordlessly with a strong, warm embrace, while the music carried on around them.