I’m guessing some of you can relate to this…

On her way downstairs to meet her visitors, Sophia sat down suddenly on the final step, her hand dropping off the railing. She wondered as her heart pounded… How hard could this be?

Why should her physical self be so at odds with what she really wanted — when all she wanted was for others to see and appreciate an important part of herself? And she was so close now.

While the small group awaited her presentation in the reading room, drinking punch and murmuring, she felt immobilized, unable to wrench herself up from the step, her mind aswirl.

At last, she gathered her resolve and rose, determined to honor her true self despite her trepidation.

Striding to the front of the room, with a smile more of determination than of ease, then placing her notebook on the lectern, she thanked everyone for coming.

She began by saying she had always wanted to be a writer.

Before she completed her next sentence, someone from the back interrupted:   “A writer? Why would anyone care what you have to say?”

Another voice chimed in:   “Maybe you should do something a little more productive with your time.”

And another:  “You’ve got great ideas, but you never really develop them into anything, and you probably never will.”

At first stunned, and then feeling herself dissolve, she fumbled to close the notebook and quickly strode from the room.

She didn’t slow her pace until she was all the way back upstairs in her bedroom, with the door locked behind her.

Face down on the bed, she swung between despondency and defiance, again and again, her fists clenched tightly.

As her energy finally dissipated, she slowly became aware that her right fist gripped a narrow wooden cylinder that came to a point, and that she was now seated again at her desk — from which she’d never actually left.

She’d just needed to face down that same old crowd in her head that she always has to whenever she sits down to write. 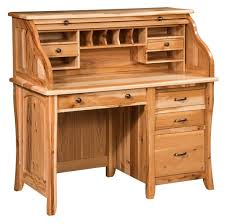 5 thoughts on “A writer’s vignette…”