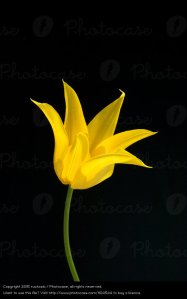 This is what she dreamed…

In the middle of a bright day, she found herself walking along a pleasant path with lovely flowers and sturdy trees on either side. The day and the path seemed wide open, like they could go on forever. She had a wide berth within the path to stroll and sometimes skip happily in the sunshine, and to wander from one side of the path to the other to bend down and enjoy the flowers. It was a rather straight path, and she thought it interesting how when she focused on the far distance, the two sides of the wide path looked as though they would eventually converge.

Along the way, she would kneel to smell a particular flower along one edge of the path, and then glancing across, another would catch her eye on the opposite side, and she would skip over to look at it more closely and take in its fragrance. With many happy and leisurely steps she passed the time, continuing down the path, while occasionally traversing its width to enjoy the flowers.

During one such pause, it seemed to her that it took fewer steps to get to the other edge, but she thought little of it and continued her stroll, interrupted by brief investigations of the flowers.

A bit later, she became aware of a slight dimming of the sunlight. Her gaze drifted upward to the sky and the sturdy tree limbs. They seemed to be providing more shade than before, the branches arching somewhat inward over the path.

After examining another flower, as she rose again to continue down the middle of the path, she bumped clumsily into a tree trunk – from the opposite side. How could that be, she wondered. She had become quite accustomed to the amount of space between the trees. Her elbow began to sting where she’d scraped it on the rough bark. She looked up again, and then forward. While she’d been examining the flower, the path had suddenly and severely narrowed, as though that far distance point had not been merely a trick of visual perception after all but was abruptly upon her. The tree branches now arched further toward each other over the narrowing path until they joined, forming a canopy that blocked out the sun.

She wanted to keep walking, though she barely had enough room to maneuver between the tree trunks and found herself bumping and scraping into them, unable to see her way clearly anymore. In the deep shade, the flower blossoms oddly became brighter, as if they’d stored up the previous light so they could reflect it back to her now, providing the only illumination to help her find her way forward.

She trudged along as best she could, though the walk was no longer happy and comfortable – the only enjoyment the strikingly shining flowers which she could not have discovered in the daylight. After many steps, and by focusing on the flowers, she found herself bumping into the trees less. After many more steps, she detected that she had a little more room again and could more easily stay in the center of the path.

After still more steps, she began to feel warmth on her face again. It was the sunlight streaming through an opening between the tangled tree limbs overhead. The thick tree branch canopy had thinned, leaving enough space for slivers of sunbeams to shoot through. She now had enough room to walk freely and enough sunlight to feel warmth, while enough shade remained to see the flowers shining.

This now appeared to be the permanent shape and condition of the path for as far out as she could see.

And as she felt her old contentment returning, yet now aware of the bumps and scrapes on her body that needed to heal, she realized…

It had not been a dream at all.